so imagine this scenario: you work at place where practical jokes are always around the corner. your coworkers find out that you might be afraid of flying on small planes. you don't openly admit to the fear; but others know you are uncomfortable with the inerrant fears of flying in such closed quarters. this being said, a couple hours after lunch on a tuesday, you'll be flying on such a plane.

now imagine this: the office devises a company-wide scheme on how to fool you into thinking that the plane has a less than standard safety rating. an "SVP rating" we'll call it... the acronym could be something related to safety standards of aircraft, but it's not. so anyway back to the story. you get an email from the president of your company asking you to sign a release. which looks like this: Charter Flight Release.pdf

this means that should the plane crash or fail to take off, you release those liable of any responsibility from being at fault. after all you're signing a document acknowledging that the airplane you're about to fly on is, in fact, not safe to fly on.

after these emails went out i could only help but laugh my tail off. for almost a solid hour david went from office to office asking questions in an obvious worried panic. so much so that he even phoned home to discuss the matter with his father. david loy was fooled and humiliated. when being asked later how he planned to seek revenge, he replied, "this is probably going to sound bad, but i was thinking about faking my own death." true story.

here is a picture of michael (the deviser of the plan) and shawn (another fellow agent, yelling at someone) 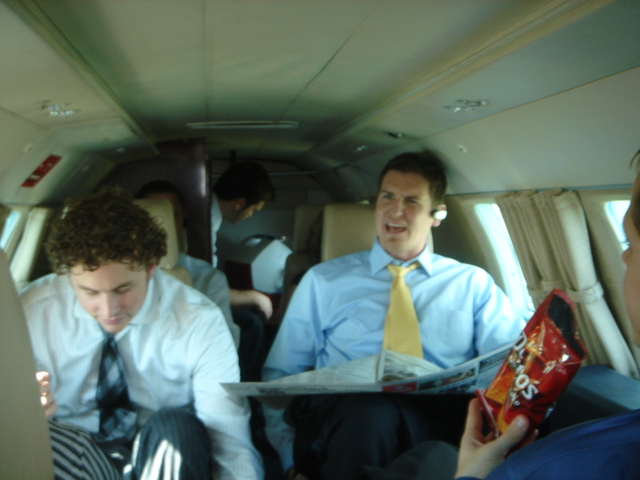 and a picture of the bird: