a visit to rocketman's house.

i go back to atlanta this weekend for a dear friend's engagement party. armed with my suit and tie we arrive to said party at Park Place on Peachtree. to set the stage, i will name drop a few of this luxury condominiums residents: it's home to Andruw Jones, Ted Turner's son and heir Beau, the late Coretta Scott King, numerous other wealthy folks, and Elton John.

now i'd like to talk about this last fellow i mentioned, Mr. John. the party i attended was on the 37th floor, Elton lives on the 36th floor. apparently, the couple who was hosting the party sold Elton a couple of their units (they had extras). all in all the rock star/musician owns 6 units totalling 12,000 square feet. yeah that's big.

so the host of the party took us down to Elton's floor and i thought we were going to get to go inside. (we didn't). but the entire floor was decorated with John's artwork. you will be absolutely blown away by one of the paintings. to say the least it was, how shall i say it.... queer?

anyway, it seemed like a very dark and creepy place. "very rockstarrish," my friend david commented. i digress. call me crazy but i think it was demonic. seriously. without further adieu here are the pics to Elton John and his partner's house in Atlanta. click on the pics for a better view 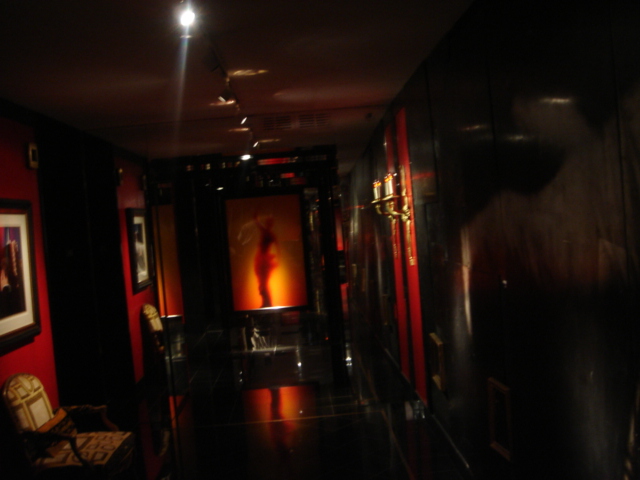 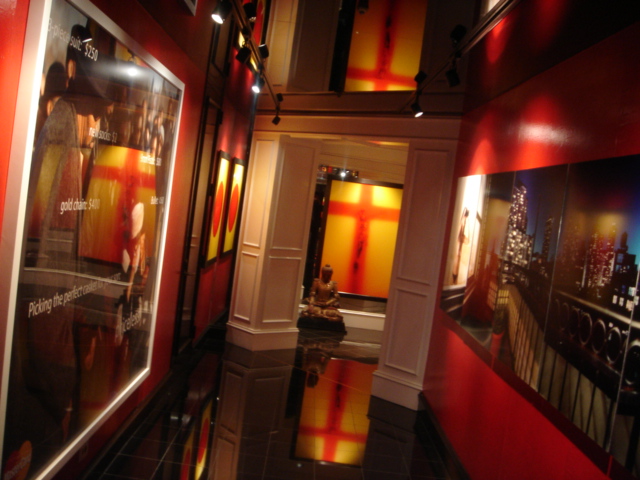 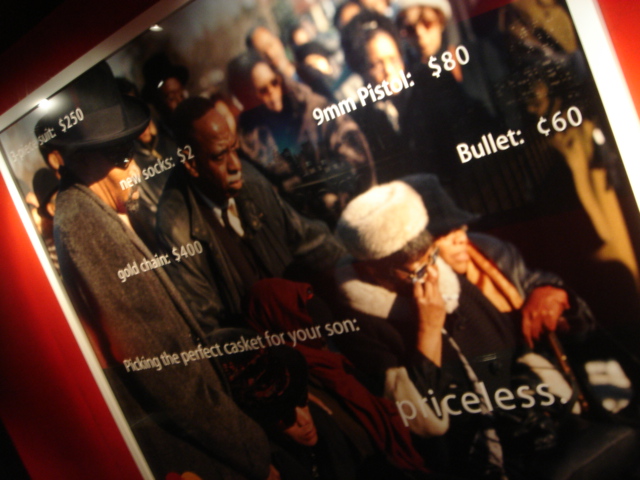 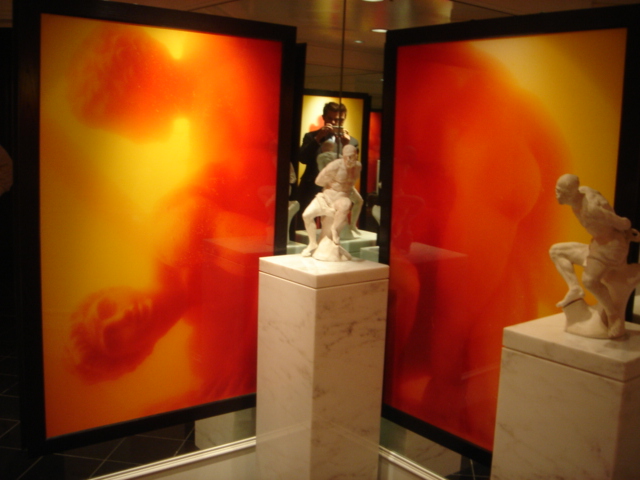