a tale on apple's stock: AAPL 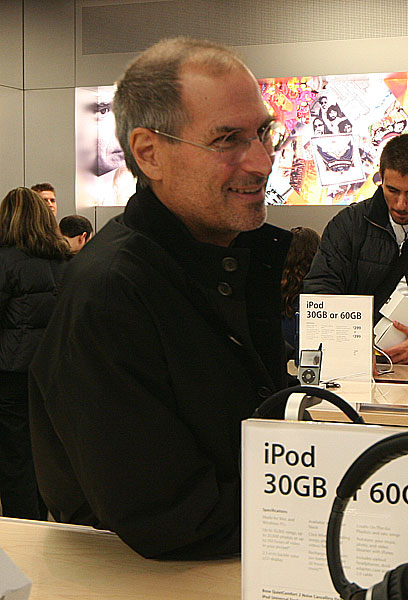 since 1987 apple stock paid out dividends for shares of stock. not hefty ones (2-3 cents a share), but dividends nonetheless. then in '96 they stopped. why? i guess the question could be answered twofold. the company/board made a decision to START paying dividends in 1987 when jobs was ousted from the company. and the company/board made a decision in 1996 to STOP paying dividends when jobs returned. common factor: steve jobs. i'm sure he lobbied hardcore with the shareholders and board that the dividends could be used more wisely by reinvested the dividends rather than paying them out to stockholders. (i don't know that for sure, but that's what i would guess.)

so why am i writing this? if you look at the graph you'll notice that in September of 2000 the stock took a nose dive all the way down to less than $8 a share. if you held the stock and didn't sell at the peak, you actually lost money. the days of making quick money on one stock like people did in early 2000's are over. granted, you'll notice in recently years the stock's price has shot through the roof. which scares me. it's all hype and it's all speculation. don't get me wrong, i love apple. i buy a new iPod whenever they release one (i have three: a mini, a nano, and a video iPod) and i love their laptops (i have two: a 12" powerbook and a 13" macbook).

but as much as i love their company, i refuse to buy into apple's stock. mainly because of one reason: Steve Jobs. the stock rides too highly on his shoulders. apple and Steve Jobs are synonymous with one another. he is THE driving force behind their innovation; what would a Macworld product release look like with no Steve Jobs? how do you introduce new products and services without Steve Jobs? in my opinion... you can't. he is too much of an iCon. i'm not the only one that thinks this way. read the last paragraph of the article; it sums up everything i've just ranted about. i think i'm going to stick with index funds. read Winning the Loser's Game, it will give you a common-sensical guide to investing in the stockmarket. *disclaimer* this is my opinion and in no way should this post be used for financial or investment advice. the information is for informational purposes only.